The number 1 biggest mistake in poker is to play too many hands. Nothing else comes even close to this fundamental mistake. Its by far the most common mistake that players make and something that you can bare in mind to have a lot more success in the game.

What was the lesson of this article again?

It is that you need to be folding more. Players will call too much because poker is fun. Folding can be very boring but equally, losing can be very frustrating.

Nobody likes to fold hand after hand but if your goal is to do well in the game then often then that is what you will have to do. It’s a fact. You may not have as much fun as your opponents but you are much more likely to place higher than a loose player because they are guaranteed to eventually be caught out. It’s only a matter of time. Winning one good hand may give you an advantage in a game but you have got to play the long game because after all, one hand won does not win a game. 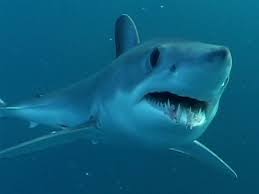 Knowing that players will call too often gives you the advantage to take control of the situation. A player that calls too easily is not easy to bluff against. But you can get them to call with a weak hand that he would check given the choice. In other words, you can strategically suck his chips out. Save your bluffs for good strong players and bet your marginal hands for value against payers who call all the time. Weak opponents are the type who will call with a lesser hand than yours, spot them and play them accordingly.

In a tournament or a no limit cash game you may not want to play as many marginal hands. But when you do make a big hand, you can more easily suck the chips out of an opponenet by simply pricing the bet at an affordable rate that he deems as good value. Once it gets to the turn or river, you can attempt to put them all in for their remaining chips, and by now, the pot may have grown so large that you can likely get them to call it down. So you spot the players that call too often, you play against them accordingly, and when you hit a good one, you take them down.

Biggest Mistake in Poker To Avoid

© 2020 by the-players-edge.com
Back to Top
{"cookieName":"wBounce","isAggressive":false,"isSitewide":true,"hesitation":"","openAnimation":"rubberBand","exitAnimation":false,"timer":"","sensitivity":"","cookieExpire":"","cookieDomain":"","autoFire":"","isAnalyticsEnabled":false}
We use cookies to ensure that we give you the best experience on our website. If you continue to use this site we will assume that you are happy with it.Ok